The German city of Bremerhaven bets on the power of transnational cooperation to reinvent itself and deal with socio-economic problems.

Claudia Harms, EU coordinator at Bremerhaven City Council,  explains how EU cooperation is helping to brighten the prospects of this mid-sized city and its 130,000 inhabitants.

Today, Bremerhaven is among the German cities with the lowest income and the highest debt per capita.  But it has not always been that way.

“In the 1960s, Bremerhaven was a blooming city, profiting from its iconic shipbuilding industry, and from the presence of large American troops protecting the Western allies against the communist East Block,” explains Claudia Harms.

But when the 1970s steel crisis broke out, Bremerhaven’s shipyards suffered a fatal blow. About a decade later, the Iron Curtain fell and the American forces left the city.

Rising to the challenge

Despite the dire situation, Bremerhaven is now being revitalised, based on strategies to transform the city and create employment for its residents.

EU funding plays a pivotal role in this development. In 2007, the Bremerhaven City Council decided to raise funds in a move to help turn the situation around. They saw how large cities such as Hamburg were reaping benefits from engaging in EU-funded projects, and wanted Bremerhaven to follow the same path.

To stay on top of funding opportunities, the City Council decided to appoint an EU coordinator, a position which Ms Harms took up. In this role, she manages a host of responsibilities:  Keeping track of EU programme developments, transmitting information to local stakeholders, and guiding  them on partner search, applications, and project management.

Ms Harms heads a local EU task force composed of Bremerhaven business and public agency representatives. “For ten years, this has been a popular space for colleagues from different departments to meet and talk about their projects. These are people who previously would not have exchanged experiences or  discussed transnational projects,” she says.

Over the past decade, the city’s EU venture has led Bremerhaven to participate in 20 transnational projects, including nine projects co-funded by the North Sea Region Programme. This has enabled the city to raise its profile within specific areas.

Ms Harms: “EU funding plays a vital role in Bremerhaven. You can find the little blue flag with yellow stars in many places around here.”

An example is the offshore wind energy (OWE), an area where North Sea Region Programme funding has helped kick-start a positive development in Bremerhaven via projects such as Power, POWER cluster and the on-going Inn2Power.

Today,  BIS Economic Development Company – key contact point for all companies, new investors, and start-ups in Bremerhaven – estimates that there are 1,500 jobs in the Bremerhaven OWE industry itself and another 800 jobs in its supply chains.

The local innovation potential is high due to the institutions established in Bremerhaven as part of this development, including IWES, Wind Tunnel Centre of the German WindGuard, Institute for Wind Energy, University of Applied Sciences, Wind Turbine Test Facilities, and the DLR Institute.

Ms Harms explains, “Nowadays, Bremerhaven serves as a model for successful structural change. Thousands of new jobs in the entire value chain have been created in the framework of a well-designed location strategy for the offshore wind industry. From here, nacelles, rotor blades, towers, foundations and even complete transformer substations can be shipped quickly and cost-effectively, to destinations around the world or directly to wind farm construction sites at sea.”

“The North Sea Region Programme has been with Bremerhaven like a friend all along, fostering the offshore wind industry as an important driver for economic development. The Interreg support has enabled us to work with and learn from the region’s big players within wind energy.”

She stresses the value for all partners: “Currently, the industry is facing several challenges. In this situation, transnational projects help regions that are leading in offshore wind power to jointly explore new approaches instead of competing, which benefits them all.”

CEO of BIS Economic Development Company Nils Schnorrenberger comments, “The energy transition in Europe  will only be successful if we can realise a strong share of offshore wind energy. It is helpful that countries and citites exchange ideas and learn from each other in European projects. If we succeed in increasing the expansion targets for offshore wind  energy in Germany and throughout Europe, the path we have taken successfully in Bremerhaven can continue.”

“In our experience, transnational projects really improve local and regional development,” states Ms. Harms.  “They do this by offering learning opportunities and new solutions, and by generating the frameworks and critical mass needed for extended cooperation.”

Ms Harms expects that Interreg support will continue to be a key factor in brightening the future of Bremerhaven. “For example, the North Sea Region Programme could play a positive role in supporting climate adaptation, green port approaches or smart logistics.”

She underlines that her role is not limited to keeping the local stakeholders up to speed on available funding opportunities.

“It very much involves inspiring people to think more like a European and to see the bigger picture. Transnational projects are not just about economic gains involved for your own local area, it’s about creating benefits for the whole region. This is the way you need to think to be part of transnational cooperation.” 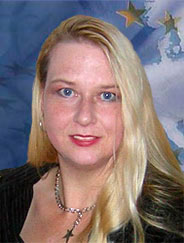 Claudia Harms is the EU coordinator of Bremerhaven, a role that she has managed for ten years.

1 thought on “Bremerhaven capitalises on its European outlook”