The Carbon Farming project, which was approved in June and fits under the North Sea Region Programme’s thematic priority 2 (eco innovation), kicked off their implementation with a partner meeting in Middleburg (NL) on 25 and 26 September. The partnership will focus on new and innovative farming methods to reduce  the carbon footprint of agriculture in the North Sea region – not only of the agricultural sector itself but also the whole food supply chain. Jesper Jönsson, who joined the event to learn more about what this could mean for the region, reports.

The transnational project Carbon Farming aims to enable a transition in the agri-food supply chain throughout the North Sea region by adopting carbon sequestration (CS) techniques. Carbon sequestration refers to ‘the long-term storage of carbon in plants, soils, geologic formations, and the ocean,’ according to britannica.com. The project will focus on the transition from ‘know-how’ to ‘show-how.’ Through an inventory of different CS techniques, the development of guidelines, and various demonstration pilots at farms in the region, the partnership hopes to increase farmers’ understanding and awareness of carbon sequestration across the region. The project will focus on ways to store carbon in the soil.

The partners in the project will also consider transnational business models, the objective of which is to valorise carbon sequestration techniques and green the food supply chain. In the academic literature many scholars argue that the circular economy leads to the adaption of existing business models rather than significant change – unless major risks are taken or opportunities are presented [Martin Charter (ed.) Designing for the Circular Economy, 2018, Routledge, New York, USA]. The Carbon Farming project expects to be able to affect change.

‘Greening the food supply chain through Carbon Farming will restore the organic component of the soil; actively remove atmospheric CO2, increasing soil biodiversity, and provide better nutrient and water holding capacity for crops,’ explained Roel Clement (ZLTO), Carbon Farming’s project manager. ‘This project will develop, test and validate new economically viable business cases for carbon sequestration in the whole agri-food chain and for third parties to compensate their environmental footprint. It will also raise awareness of the possibilities and benefits of CS amongst entire supply chains. We expect this will result in an increased awareness of the economic and ecologic potential of CS, improved soil physics, and 10.000 tons of CO2 (equivalent) sequestered in the soil.’

Carbon farming has many benefits. For instance, carbon crop farming leads to an increase of clean water, food production and monetary value. Thus, the actions of farmers to secure carbon stored in soils (and forests) can contribute to achieving the EU’s commitment under the Paris Agreement on climate change to reduce greenhouse gas emissions by at least 40% from 1990 levels. Storing carbon in the soil also ensures a higher organic matter content in the soil, which is a good ‘breeding ground’ for soil life. More biodiversity in the soil in turn ensures a healthier, more fertile soil and a better soil structure.

More widely, the project aims to raise awareness of the economic and ecological potential of carbon farming methods among businesses, consumers and public authorities across the North Sea region and stimulate them to apply or support the application of green carbon farming processes. ‘The point of creating incentives for farmers, and therefore developing business models, is important, since this drives behavioural change when it comes to applying carbon sequestration techniques,’ emphasised Tjen van Den Berg (ZLTO), project manager. 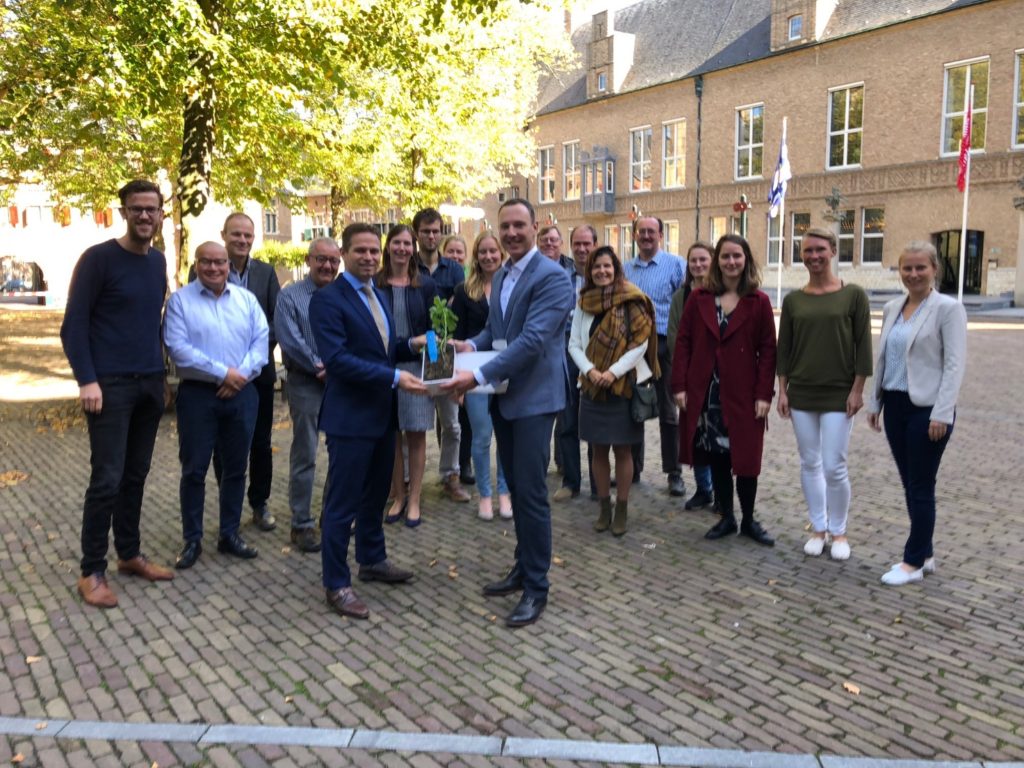 About the author
Jesper Jönsson is a seasoned Interreg North Sea Region Programme project advisor who takes a keen interest in the circular economy of our region. The circular economy is about maximising the use of materials to their highest value over time in biological and technical systems. The circular economy policy package was launched by the European Commission in December 2015 and has resulted in new standardisation activities related to repair, durability, re-manufacturing and re-use.