The dry summer of 2018 was a forewarning of what lies ahead. Using advanced technology, the North Sea Region project TOPSOIL investigates how water in the uppermost soil layers responds to climate change. This helps identify risks and opportunities to prevent water scarcity, salt intrusion, or flooding in the future. In this article, Stevie Swenne of TOPSOIL presents some of the challenges that the North Sea Region is facing and how the project addresses them.

According to meteorological services across Europe, the record-breaking summer of 2018 was one of the hottest ever, raising concerns about the impacts of global warming and climate change.

In the grip of climate change

The heatwave and lack of rainfall experienced this year are caused by natural cycles in the weather responding to global warming, causing temperatures to be elevated far higher than normal. For the North Sea Region specifically, the European Environment Agency foresees the summer of 2018 to become the new normal in the future. 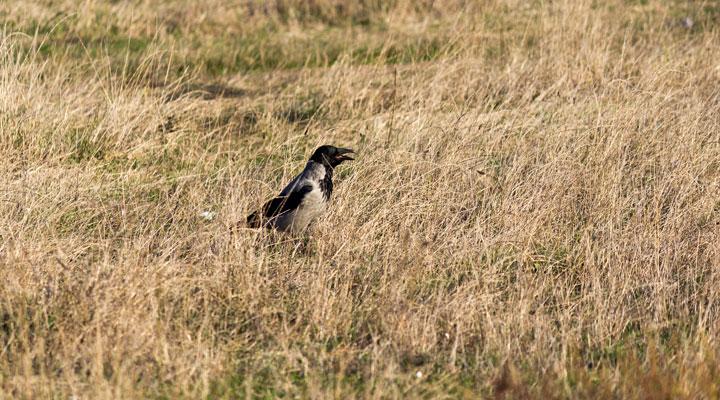 The prospect of warmer summers may not sound all too bad for the tourism industry or local businesses that sell air conditioning or swimming pools. But for farmers and the environment it is a big issue. In Flanders, many farmers were confronted with severe losses due to crop failure-, or yields that are up to 50% lower in some cases. Based on more than 12,000 damage claims reported by cities and municipalities in Flanders, the Flemish government decided on declaring the 2018 drought an exceptional disaster, granting the farmers compensation rights. 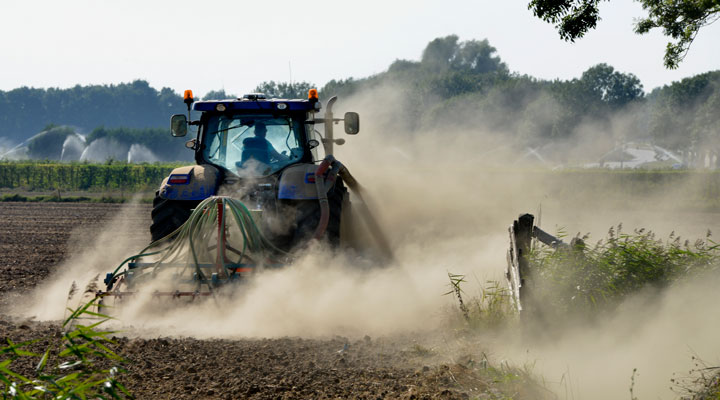 In the UK, the picture is not very different. ‘The dry weather conditions in 2018 continue to present extremely challenging conditions for UK agriculture, the environment and public water supply,’ says Barry Bendall from the Rivers Trust. ‘Irrigation demand was extremely high during the summer and many rivers and reservoirs were notably low. Reasonably high groundwater levels in the east of the country enabled some farmers to apply for access to additional water, but with continued low rainfall there is concern that reduced groundwater recharge this winter will have further impacts on water resources next year’.

Following the basic principle of supply and demand, it is no surprise that we already see higher consumer prices for some fruit and vegetables. The dry weather also brought about additional challenges for livestock farmers, who saw feeding costs reaching new heights and raised concerns about sufficient access to drinking water. 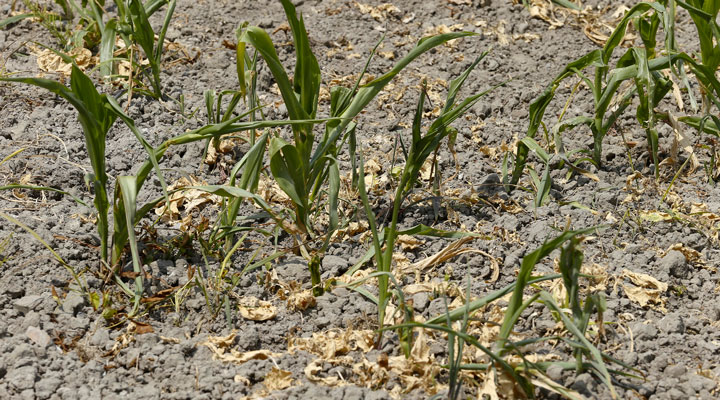 The dry summer also brought new challenges for water managers and drinking water companies. In Germany, the Oldenburgisch-Ostfriesischer Wasserverband (OOWV) had to deliver an extra 68,000 cubic metres of drinking water compared to an average day, leading to pressure fluctuations in the pipeline network. ‘A lower supply pressure is usually the case at peak times in the morning and evening hours, when a huge amount of drinking water is consumed within a short time,’ confirmed Silke Mollenhauer. The OOWV therefore had to issue public requests to use drinking water carefully and to avoid unnecessary lawn sprinkling with tap water.

Tackling the challenge ahead

Although the warm summer days are over, rainfall levels remain very low in many regions across the North Sea Region. ‘If you look to our farmlands, nature areas or the low level of our water courses, the effects of last summer’s drought are still very visible,’ says Rinke Van Veen of the Province of Drenthe. ‘The visible water resources of grave concern, however our groundwater resources are equally important.’

Groundwater is the water found beneath the surface in units that are called aquifers. These aquifers are very important for the natural water supply within the nature areas and for supplying water for agricultural, municipal or industrial purposes. Particularly during dry summer periods, groundwater resources are vital for water-intensive activities.

‘With the TOPSOIL project, we have the opportunity to look into measures to better manage these resources,’ says Jes Pedersen from the project’s Lead Beneficiary, Central Denmark Region. ‘Groundwater aquifers have the potential to store freshwater for later use. But we also know that these layers are sensitive to the intrusion of saltwater or pollution for example by nitrate. In addition, elevated groundwater levels often also lead to flooding in towns and agricultural areas. So, in spite of its huge potential, the management of these resources remains a rather complex exercise.’

TOPSOIL is currently implementing 16 different pilot projects across the North Sea Region.  This enables the project to deliver evidence for solutions that allow better management and governance of groundwater resources. On Thursday 8 December 2018, the project will present its aims and achievements in Katowice at a Climate COP24 side event organised by Interact.

All photos © the TOPSOIL project.