The North Sea Region VB Programme is past its half-way point, and we are looking ahead to what the future might bring. This year’s North Sea Conference focused on current trends in the region that might influence transnational cooperation in the future.

On the evening of 13 June, the North Sea Conference 2018 – jointly organised by the North Sea Commission and the Norwegian County of Østfold – opened with outdoor speeches and get-together by the river Glomma in sunny Fredrikstad, Norway. 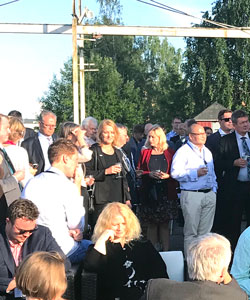 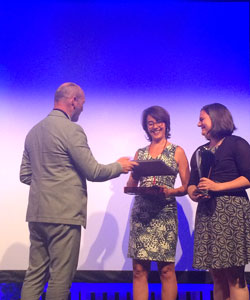 During the Conference opening dinner, delegates enjoyed a masterful performance by a young local singer, followed by the announcement of the two winners of the North Sea Region video contest: the projects Building with Nature (winner) and CATCH (runner-up).

> Learn more and watch the videos

The next day, over 200 delegates gathered to discuss the future of North Sea Region cooperation under the theme ‘Setting the course for the future’. What themes and issues should the regional cooperation centre on in the future? 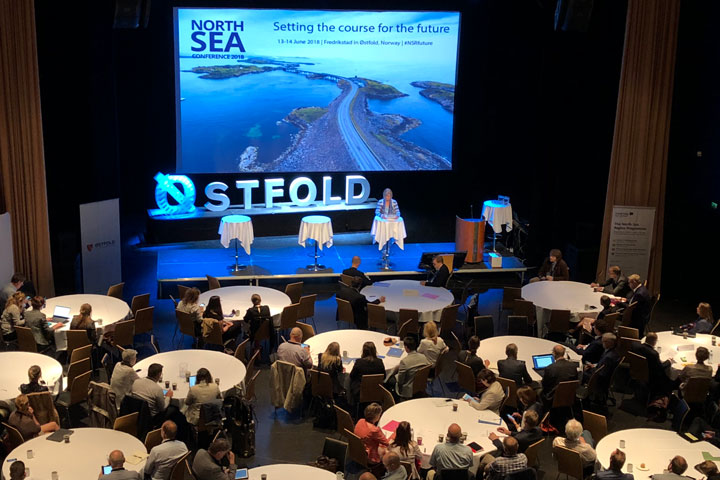 ‘The member states have evaluated the potential value of a macro-regional strategy and found that it is not needed,’ he said. He also stressed the importance of continuous conversation with the North Sea Commission and other actors developing strategies for the North Sea. ‘The timelines for the different strategic developments may be different, but we can come a long way by talking to each other.’

Pierre-Emmanuel Leclerc, who works for the European Commission’s Directorate General of Urban and Regional Policy, presented the draft EU Regulation on European Territorial Cooperation (ETC). The ETC budget was proposed on 2 May 2018 as part of the Multiannual Financial Framework (MFF). Some changes in the set-up of ETC programmes are anticipated, including a consolidation of thematic priorities, a simplification of administrative procedures, and a tighter alignment between macro-regional strategies, sea basin strategies, and the transnational programmes. 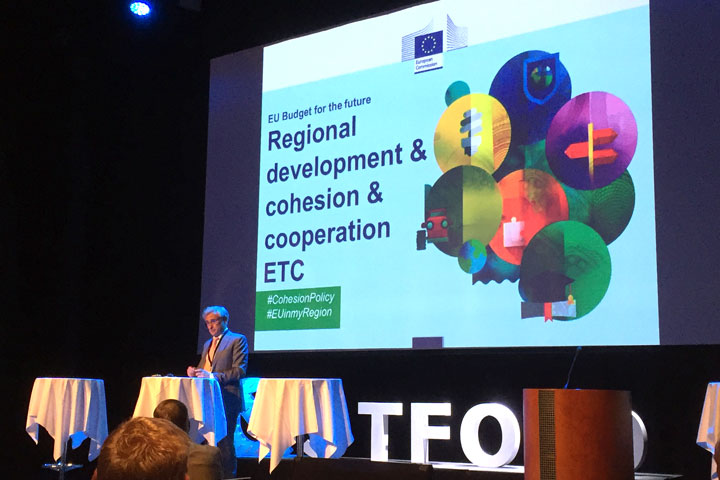 In discussing the future, Brexit was on everyone’s lips as the future is by default post-Brexit and many questions remain unresolved at this point; however, the overriding sentiment in the room was that of community and a strong willingness to continue cooperating across the North Sea Region.

A Scottish member of the audience, Philip Smart of Aberdeenshire, said: ‘If you have an interesting project idea, then come and talk to us about it – if it transpires that the UK participates [in Interreg], we will get funding, if it doesn’t then we will continue in your project without funding …. So let’s just get on and do some projects!’ This comment was met with spontaneous applause from the audience.

The Conference also offered an intervention by a North Sea Region project beneficiary. Sture Portvik of the City of Oslo presented the SEEV4-City project’s Vulkan pilot which has established Norway’s largest and most advanced electric vehicle charging garage. The pilot seeks to boost the professional market for electric vehicles.

Delegates had been asked to enter words online to form a joint word cloud revealing the most important topics in the North Sea Region. A word that rose to prominence in the word cloud during the day was ‘people’.

A panel presented the outcomes of the afternoon’s thematic workshop sessions, and moderator Sarah Holsen from the North Sea Region Programme asked how this aligned with the word cloud. 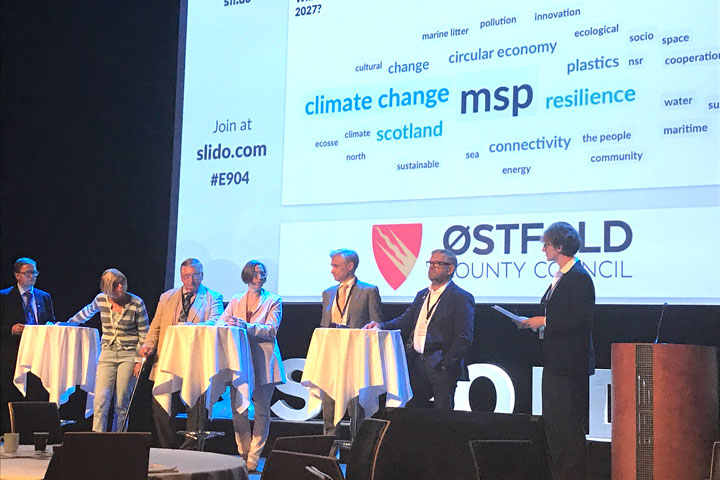 From transport to climate change, maritime space, and attractive communities, the panelists highlighted the importance of human aspects in North Sea Region cooperation, in addition to the core challenges within each area. One point that emerged from the discussions was the need to focus not only on innovation but also on upscaling existing solutions, which often requires community engagement and changes in human behaviour.

Deputy Director of the German Ministry of the Interior, Dr Katharina Erdmenger, was happy to note that most topics in the word cloud were mentioned in the draft ETC regulation, including soft aspects such as communication and cooperation, skills development, and governance. ‘It’s being recognised that those aspects are important,’ she said. ‘If we do not cooperate around the North Sea, we are lost, but I am confident that this is not going to happen.’ She invited stakeholders to talk to European Parliament members from their local region, to raise their awareness of the need for continued cooperation.

Last but not least, the North Sea Conference would not be what it is without the informal breaks where people interact and exchange ideas. The atmosphere was as dynamic as ever and delegates clearly enjoyed the chance to meet, network, and discuss the topics that mean so much to all of us in the North Sea Region.