At the conference Climate Change Adaptation in the North Sea Region, keynote speaker Dr Todd Bridges from the U.S. Army Corps of Engineers aptly used this African proverb to underline the need for international cooperation to promote nature-based climate adaptation solutions, including a set of  global guidelines.

Held on 8 March in Schoorl, the Netherlands, the conference was a mid-term event jointly organised by the climate adaptation projects Building with Nature and FAIR, both co-funded by the North Sea Region Programme.

Flood defence in the 21st century

Natural structures such as wetlands, vegetation, and sand dunes can retain and deflect excess water during heavy rainfall and flooding episodes. The frequency and intensity of such events are predicted to grow in   the North Sea Region due to climate change.

Nature-based solutions are increasingly recognised as eco-friendly and cost-effective ways of dealing with this type of risk, and Dr Bridges provided several examples of this. For example, a recent study published in the scientific journal Nature shows that wetlands avoided $625 million in direct flood damages during Hurricane Sandy. ‘The 20th century was the century of infrastructure,’ he said, predicting that nature-based solutions will be the hallmark of the 21st century. 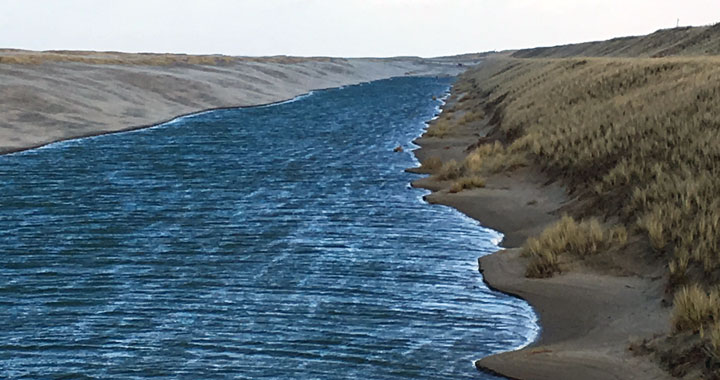 The event had a turnout of over 160 people, including 30 U.S. Army Corps of Engineers, numerous experts and public authorities, and representatives of six other North Sea Region projects that relate to the topic of the conference. The atmosphere was energetic, earnest, and intense, participants being eager to exchange knowledge on how to protect communities from some of the most severe impacts of climate change. 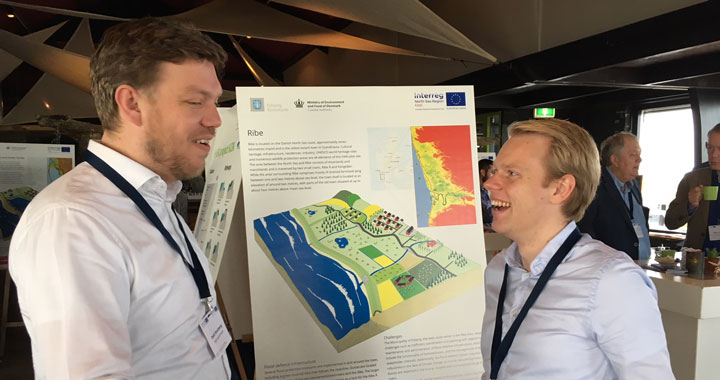 Roeland Allewijn, director of Safety and Water of the Dutch Ministry of Infrastructure and Water Management, Rijkswaterstaat, stressed the role of the two projects hosting the conference in providing a multi-functional framework for climate change adaptation. Practical solutions may often entail a mix of the strategies that they represent.

Egon Baldal, manager of Building with Nature, presented the project’s six work packages, comparing them to the strings of a six-string guitar. After two years, the project has fine-tuned its components to work well together, and the partners are now able to “create melodies and play music”. Building with Nature explores and advances nature-based solutions where natural processes deliver flood risk and coastal erosion management whilst enhancing ecosystem services.

Remco Schrijver is the project manager of FAIR which focuses on smart, sustainable management of dikes and other flood defence assets. He highlighted the problems of ageing flood protection infrastructure, with limited money available for maintenance and upgrading. The project promotes cost-effective solutions that optimise investments across national-system-asset level and apply adaptive, innovative technical designs. To this end, FAIR is facilitating information exchange and mutual learning between scientists and asset managers.

During the event, Mr Allewijn  launched a learning platform developed by the FAIR project for live testing by the participants. Aiming to reach a wider community of asset managers, the  platform offers lessons learned as well as methods and tools developed by the project.

According to Mr Allewijn, Rijkswaterstaat is keen to pursue further exchange and cooperation within the North Sea Region. He emphasised the good cooperation with other projects in the field and establishing a deeper cooperation between the projects is currently discussed. Mr Allewijn explained how the current projects support the Dutch national research programme on climate adaptation; in his view, combining the results of these projects will provide significant added value in terms of helping societies adapt to climate change.

The two project managers underlined the basic dissemination principle “seeing is believing”, which is why they see their pilot sites as key in communicating results. In line with this, delegates visited the Hondsbossche and Pettemer sea defence – a practical example of building with nature and sustainable asset management, illustrating the approaches of both projects. 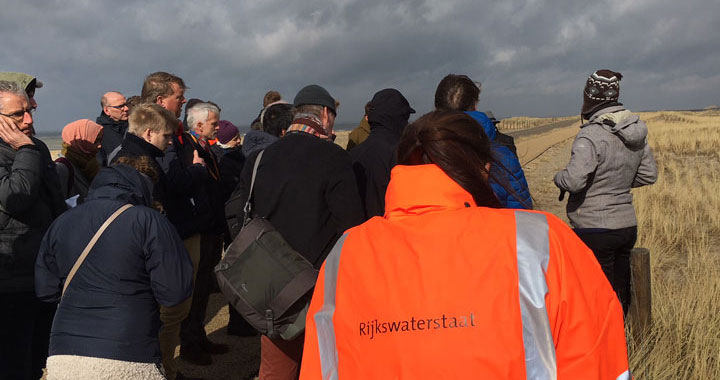 Whilst firmly rooted in the North Sea Region, this event also focused on the benefits of cooperation among the global community of experts and practitioners who work with nature-based solutions for climate adaptation.
Dr Bridges is advocating an international guideline for nature-based solutions, for the benefit of all countries struggling with climate-induced flooding episodes and storm surges – a proposal which clearly resonated with the audience. Participants considered the conference a very important step in fostering international cooperation.

See presentations and pictures from the conference

Building with Nature uses natural structures and elements to reinforce the climate resilience of coasts, estuaries, and catchments in the North Sea Region. The project expects to inspire policy-makers to incorporate its concepts in national investments worth over €200 million/year.

FAIR  seeks to reduce the risk of flooding by upgrading existing infrastructure defences. The project guides cost-effective reinforcement, upgrade and maintenance of dikes, sluices, dams, flood gates and pumping stations at target sites worth €>1 billion/year until 2020.

The authors of this article, Axel Rejnstrup Kristiansen and Jenny Thomsen, are Project Advisors at the North Sea Region Programme Joint Secretariat.