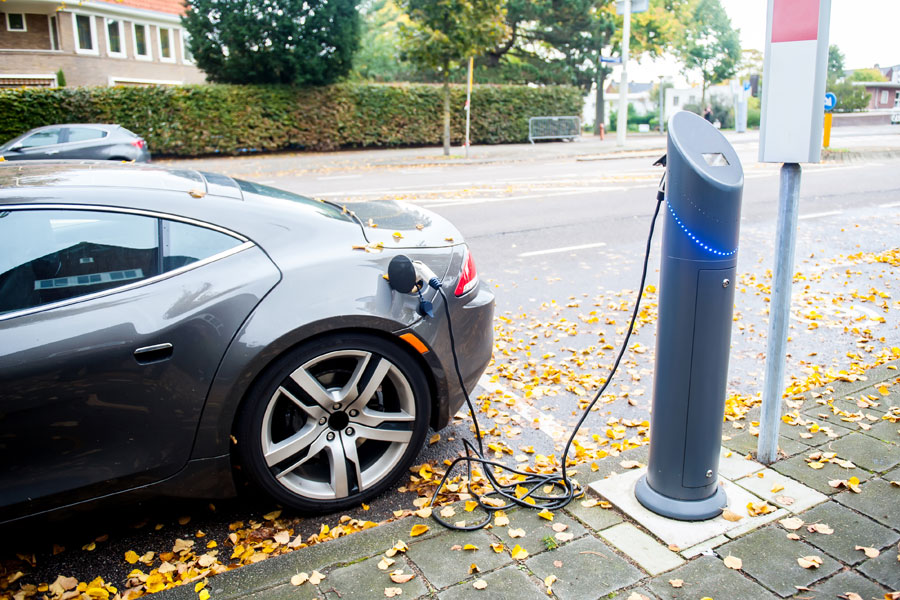 Three interlinked projects are paving the way to upscaling green mobility in the North Sea Region. This story shows that transnational cooperation is essential in proving a powerful case for clean energy and mobility.

Electric vehicles (e-vehicles) are set to play a key role in the green mobility transition. To expand their reach and maximise their positive climate impact, e-cars need smart charging solutions and should rely on renewable energy.

However, fluctuations of green power production as well as power demands pose a major obstacle in linking e-vehicles to renewable energy and smart grids.

The Dutch energy transition expert Hugo Niesing is involved in the North Sea Region Programme project SEEV4-City which recently set out to tackle this challenge. He is also one of the driving forces behind two previous initiatives that have inspired the current project.

“What I like so much about North Sea Region Programme is its unusual degree of flexibility for innovation. This has enabled us to develop and test truly innovative approaches,” reflects Mr Niesing.

It all began with the transnational project “e-harbours”, also co-funded by the North Sea Region Programme. Between 2010 and 2014, the project demonstrated that it is possible to distribute renewable energy flexibly based on fluctuating demands in harbour cities.

One of the project’s pilots was REloadIT, which developed and tested a smart grid system matching renewable energy production with flexible energy consumption.

Mr Niesing led the REloadIT pilot on behalf of Zaanstad Municipality, the first in the Netherlands to invest in a large fleet of e-vehicles. “We developed a pioneering smart grid solution, with solar panels supplying 75 % of the energy needed for the e-vehicles and controlling the energy flow according to needs,” he explains.

The e-harbours pilot caught the attention of Liander, the largest electricity grid operator in the Netherlands. Liander joined the team to learn how such technologies would affect the grid.

Mr Niesing used his own household to test how the engine battery of a small electric boat could store surplus production of renewable energy and use it to power all evening activities in his houseboat, such as watching the TV or turning on the light.

“Smart storage can help to reduce energy production peaks, preventing grid overload.” he explains. “My houseboat was already fitted with solar panels, but the storage solution raised my energy self-sufficiency from 35 % to 70%!”

Watch the video produced by the Amsterdam Vehicle2Grid project:

“This was when the  partnership behind the SEEV4-City project took shape,” recalls Mr Niesing.  AUAS now leads the SEEV4-City project. Building on the results of e-harbours and its spinoffs, it supports the transition to a low-carbon economy in Europe’s cities, combining electric transport, renewable energy and smart energy management.

With a launch event drawing great attention from European players and , the project is off to good start.

The power of transnational cooperation

The SEEV4-City partnership includes leading-edge expertise within all the key areas that are involved. Each city or country contributes its own special strength:

“Pooling knowhow from different countries is essential in this case,” states Mr Niesing. “Without transnational cooperation, we would not have reached the current stage of technology development.”

“What we are doing in these projects is to demonstrate the feasibility of scaling up e-mobility solutions,” notes Mr Niesing.

A distinguishing feature of the SEEV4-City project is its seven operational, long-term pilots in six cities of the North Sea Region.

Mr Niesing hopes that the pilots will inspire policymakers to back up the green mobility transition. “Today, the technology has become very advanced, but implementation remains limited. Expanding the solutions requires policy changes,” he says.

“Large-scale systems will have to deal with the full complexity of entire cities including countless devices connected to the grid. Our aim is simply to show that it can be done. Ultimately, it is up to the policymakers to take stock of the opportunities.”

Learn more about the SEEV4-City project

1 thought on “Transnational projects set the stage for green mobility”