The North Sea Region Programme is strongly committed to projects that improve resilience to the effects of climate change and support long-term sustainable management of the environment. These projects can be found in Priority 3, ‘Sustainable North Sea Region,’ which has the largest budget of all similar thematic priorities among Interreg transnational programmes. Given the vulnerability of the region to rising sea levels, storm surges, and heavy rains, this priority is really at the heart of a growing concern for all North Sea countries.

Axel Kristiansen and Jenny Thomsen are the project advisers overseeing Priority 3. Both are dedicated to their work and enthusiastic about the projects that are running – as well as the positive impacts they expect to see from them by the end of the programme period.

What do you like about being Priority 3 project advisors?

Both Axel and Jenny like working on Priority 3 because it addresses a theme that is topical and has a strong portfolio of projects with partners devoted to developing climate adaptation solutions. As Axel explains, ‘I really appreciate the strong dedication among projects on sustainability and commitment to making their projects succeed!’

Jenny agrees. ‘I like being a project advisor in Priority 3 because the topic is something we all need to deal with and cannot ignore. It is important to analyse what we are doing with our environment and how we can tackle the change of climate. Therefore, it is really important that we have very active players in Priority 3 who face these challenges. Working with these projects is motivating. It feels good to see the cooperation evolving and I’m proud to be part of one of the few Interreg programmes that has this priority.’

Axel, who used to work for the Danish Nature Agency, was integral in helping the programme develop the framework for the priority before he started working for the Joint Secretariat. While there had always been an intention to cover climate adaptation in this programming period, he argued for including the sustainability for long-term management of North Sea environment as well. ‘It makes sense to have these topics in one priority because they deal with interlinked issues – the environment and climate consequences and vice versa,’ says Axel. ‘There is a long-term perspective in this priority – it is, in fact, in the title of the priority. I find this very exciting because the sustainability concept, as defined by the European Commission, includes the fact that the amount of resources you consume should not be greater than the amount you leave for the next generation.’

How do you think the projects in Priority 3 affect the 60 million inhabitants of the North Sea Region?

Axel explains this in simple terms. ‘We are located near the sea. Environmental degradation turns up locally but the environment is not limited by man-made borders; what impacts one country can also show up in other countries. The Netherlands, 30% of which is lower than sea level, Flanders, German coastal zones that include large metro areas like Hamburg, eastern UK, southern Sweden, and coastal areas of Denmark are all vulnerable to rising sea levels. Even mountainous areas of Norway and Scotland will be affected as the planet warms. So there is a very good case for working together on the problems that Priority 3 addresses.

The North Sea Region, as one of most developed in the EU, puts tremendous pressure on the environment because of intensive agriculture, for example, and the fact that it has the largest shipping ports in Europe. However, it is also a front runner in terms of clean tech and scientific and engineering expertise. So we have both bigger problems but also greater potential to do something about them than other areas. This can be multiplied by working together, working transnationally.’

‘Threats to the environment, including climate change, concern us all,’ Jenny elaborates. ‘Implementing new strategies in this area takes time. In most cases, it will take even more time than the duration of a project. However, further down the line what the projects achieve will have an impact on everyone. Most of the time the population is not too worried about climate change (unless they live next to a river or the sea). The majority expect that someone else will take care of the problem (politicians, government, etc.) But the fact is it needs to be done by someone. This is really where our projects come in.’

Please describe some of the interesting activities and pilots that Priority 3 projects are carrying out.

The North Sea Region Programme currently funds 13 projects that, between them, run dozens of pilots. These projects can be divided into four sub-categories: 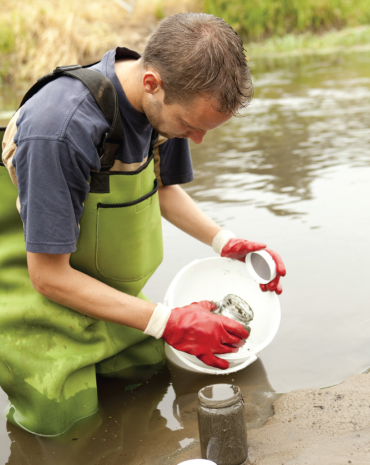 TOPSOIL, which was approved in the first application call, runs 16 pilots facing five interlinked challenges, including flooding and saltwater intrusion. Some of the project’s pilots examine the feasibility of storing rainfall in soil layers to avoid flooding of farmland and cities. Others explore how the leakage of saltwater into freshwater aquifers threatens the quality of drinking water sources. See the video on the home page of the topsoil.eu website for more information about the Flemish pilot on saltwater intrusion. 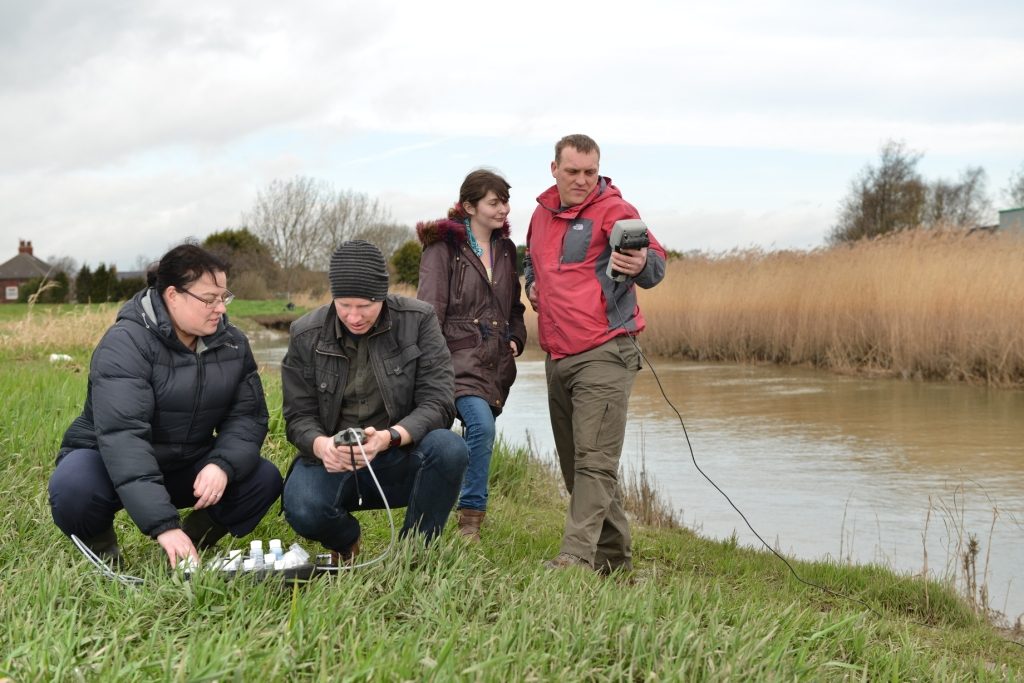 Many inland waterways are under threat due to the introduction of Watch List chemicals that are currently not regulated under the EU Water Framework Directive. These chemicals include the so-called “gender benders” (for example, estradiol, triclosan and diclofenac), which 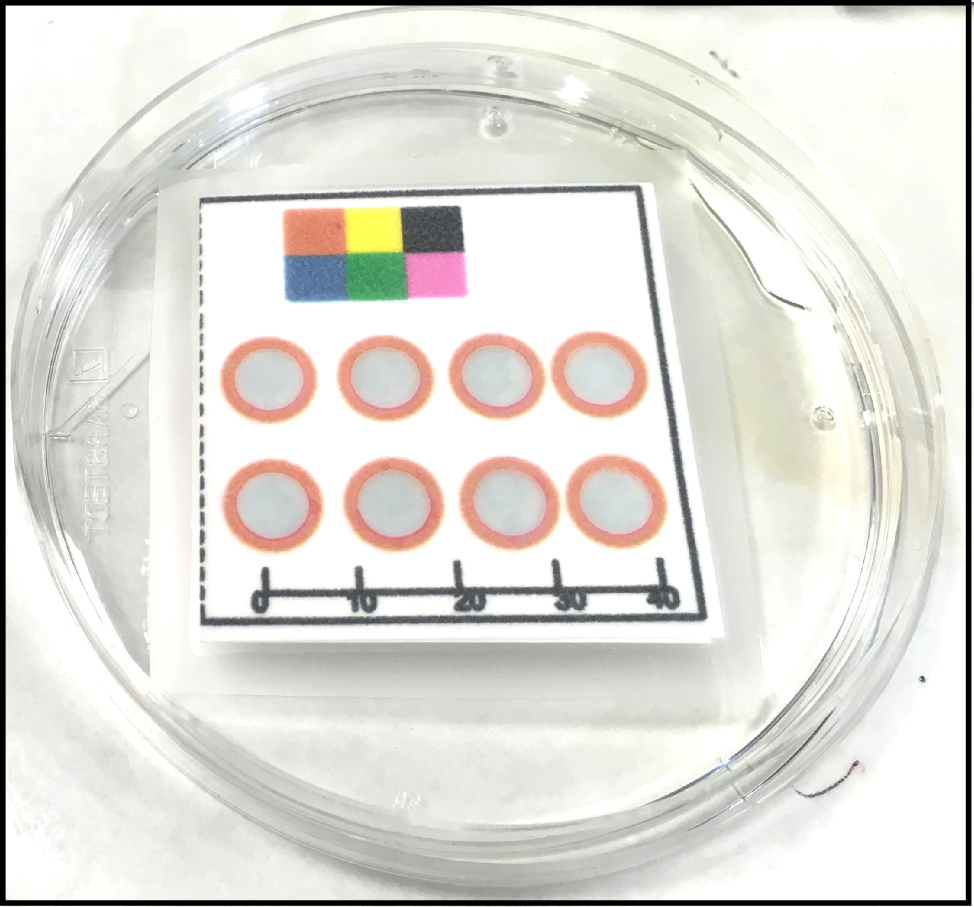 have been shown to be harmful to wildlife and accumulate in the sediments of rivers and canals. Water regulators do not know the levels and impacts of these pollutants and they don’t have the tools to assess and decide on their management. The Sullied Sediments project enables regulators and water managers to make better decisions with regard to sediment management, removal, and disposal, thereby reducing economic costs and the impact on the environment. The chemicals are also entering waterways through consumers’ use of everyday products, so change of citizen behavior is important. The project, therefore, involves citizens taking samples, using a ‘dipstick’ developed by the project (see photo above); via an app the data can be sampled and transmitted to the laboratory for analysis.

Building with Nature uses nature’s own processes to help minimise the impacts of flooding, especially in coastal areas. One example of this is a pilot in which the implementers are feeding the coast with extra sand from the sea bed in the Netherlands. Called ‘coastal nourishment,’ the pilot involves building a dune area between the sea and a dyke. The project partners are trying to identify an additional 50 coastal areas where the same approach can be used and then will use the pilots to build an academic proof of concept to convince them to do so. The aim is to protect the hinterland from flooding. You can read more about Building with Nature in this blog post.

The North Sea Region VB programme is at its mid-way point. What advice would you like to convey to potential applicants in Priority 3?

‘Projects in Priority 3 are first movers in terms of applications and implementation. Almost all the funding in this priority has been allocated, leaving money for only couple of projects. So I suppose my number one tip would be, “Apply now!” if you have a good project idea in this area,’ advises Axel.*

‘Following on that,’ continues Jenny, ‘since we don’t have too much funding left it is worth thinking about whether an idea you have could also fit under another priority with a slightly different focus, for example, Priority 2. But what’s really important is that you are devoted to your idea, can clearly explain the need for the project, and are able to show that it must be done using transnational cooperation. For example, the Netherlands is severely threatened by climate change. As a result they are experts in climate adaptation, flood defence, and much more. So they can guide other countries, but they can also learn from the experience of others. Project applicants should always think about how they can disseminate their results so they can be applied in other member states in the region and other countries in the EU.’

I understand you are working on helping some of the Priority 3 projects build a consortium or networking group. What is the aim of this group? How do you think will it further the aims of the programme?

‘Half of the approved projects in this priority are working with different aspects of improving resilience to climate change,’ explains Axel. ‘There is a conversation on extended cooperation among those projects. They are discussing whether it is possible to deliver a synthesis of the solutions and results developed by each project, which is more comprehensive and relevant for the programme area and will support better implementation of national and regional adaptation strategies. There is a long-term perspective, i.e. post-2020, of identifying adaptation challenges and needs. Climate change and its impacts are real; therefore, adaptation and resilience will also need to evolve. This initiative will help with that.’

* On 23-24 May 2018 the programme’s Monitoring Committee voted to approve a 5% over allocation of ERDF (European Regional Development Fund) in Priority 3, which means that there is an additional €1.839.794 available to projects approved from Call 5 onwards. The funding overview above reflects the updated amount of remaining ERDF.

Axel has worked for many years on environmental and spatial planning at both the EU and international levels. He spent five of those in Brussels and three in Malaysia. In fact, he will celebrate 40 years in the Danish labour market on 6 June this year. During the Interreg NSRP IIIB programme period, he managed Danish funds for nature management, which co-funded Danish participation in the North Sea Trail project. ‘Working for the “other side” now, I find it fascinating and gratifying to be able to use the expertise I developed over 40 years and help projects develop their solutions and proofs of concept,’ Axel said. He lives with his wife in Hald Ege, which is close to the Joint Secretariat’s office in Viborg, Denmark. He has one daughter.

Jenny is from Flensburg, Germany and has lived in Denmark for 1.5 years. She has also lived in Africa and the UK. ‘I like travelling,’ said Jenny. ‘I like getting to know the residents of the places I visit in order to learn about different cultures. One of the highlights of my travels was climbing mountain Kilimanjaro.’ When she is not traveling, Jenny enjoys being outdoors, especially close to the sea. She has recently taken up Stand Up Paddling (SUP), which is very popular in Aarhus, where she is based. Jenny joined the North Sea Region Programme after a couple of years with the Interreg IVA Syddanmark-Schleswig-K.E.R.N. programme.